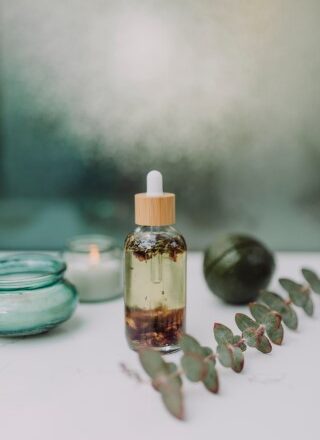 As products based on CBD are gaining more and more popularity each day, so does everything related to it. From the whole chemical process of extracting CBDs; to all of the compounds that are responsible for all of the benefits of CBD there is a lot more interest in all things related to CBD.

But it’s not the only place people, especially scientists, focus their attention to. They are still very much interested in every benefit that you can get from CBD, but they started to look into something called Cannabimimetics now. This brief article will tell you all about it and how they fit into the system of CBD for dogs.

While it is almost impossible to find another plant that would give you the exact same effect as cannabis, hemp, and all of its subclass plants, finding plants that contain similar compounds as the one in cannabis is actually quite possible.

There are three main compounds within the plant cannabis, CBD, THC, and other minor cannabinoids. By breaking each of them down into their tiniest components, it is possible to locate other compounds that could produce similar effects to cannabis but came from entirely different plants.

What are some of the Cannabimimetics plants?

● D-Limonene. This is one of the most common monoterpene that could be found in nature, such as in orange, lemon, tangerine, and many others.

● Terpineol. This one is one of the volatile monoterpene compounds that not only present in Cannabis, but also in various medicinal plants, such as pomegranate, rosemary, and common guava.

● Terpinene. Still with monoterpene compounds like all of the previous ones, Terpinene could be found within eucalyptus, Kashmir Cypress, English lavender, etc.

● β-Elemene. This is a derivative terpenoid that usually appears during the oxidation process of a cannabis. But it is also commonly found in Curcumae Rhizoma (Ezhu), a traditional Chinese medicine.

● Euphol. Even though this is not a major molecule in cannabis, there’s a lot of similarities between the molecule of Euphol and CBD and CBN. In nature, Euphol is usually found in the Spurge family, such as Morocco’s Resin Spurge, Indian Spurge Tree, and many others.

● Falcarinol. Falcarinol, also known as panaxynol or carotatoxin, is a common compound that could be found in various familiar plants, such as carrots, celery, Asian ginseng, and also parsley.

What kind of benefits can you expect from the Cannabimimetics plants?

Some of the benefits that you can expect are antidepressant, anti-inflammatory, analgesic, gastroprotective, neuroprotective, antimicrobial, antiviral, antifungal, antimalarial, antiparasitic, anti-seizure, treating cardiovascular disease, and even act as an anticancer.

Keep in mind that just because a plant contains the compound that is said to bring certain benefits, doesn’t mean eating it will immediately fill you with that particular effect. Eating pomegranate won’t instantly give you the analgesic effect. Further research is required in order for humans to be able to easily extract any particular compounds and safely consume it.

How do Cannabimimetics come into dog treatments?

One of our favorite products, the FurBaby medicated oils, uses these types of compounds in their mixture. What does this mean? It means that they know more about the benefits of different sources than the majority of products out there right now? They use their expertise to find plants that have benefits. This is instead of just focusing on MGs of CBD in their products. Their all natural approach to treating pets issues is really very impressive and one of the reasons this blog exists. We experimented with many different brands and this was the one brand that never let us down. In fact you can read our entire Bacon Flavored Furbabies review right there!

So rather than just jamming a bunch of CBD into a mixture, they looked at which plants offer additional benefits. This helps because it is like many things in life. It isn’t about what you have it is what you make use of. So if you have a hundred milligrams of a CBD oil that doesn’t do anything, but have a hundred milligrams of Cannabimimetic mixtures that does, which would you choose?

Cannabimimetics are the compounds that could provide similar effects and benefits as the plant cannabis without actually having any connection to the cannabis itself. Cannabis contains numerous health benefits, but its main limitations are its legality and limited supply.

By having other, more common, plants that have certain compounds that could give similar effect as the cannabinoids means eliminating those limitations altogether. Unfortunately, there are still so many unknown variables before it could be properly harvested and mass produced.

So if you are looking at products, remember it isn’t just about how much CBD is in them. It is just important the source of the ingredients. If you want to find out more information about the best cbd dog treats in Canada please keep coming back as we will continually update our listings and reviews!