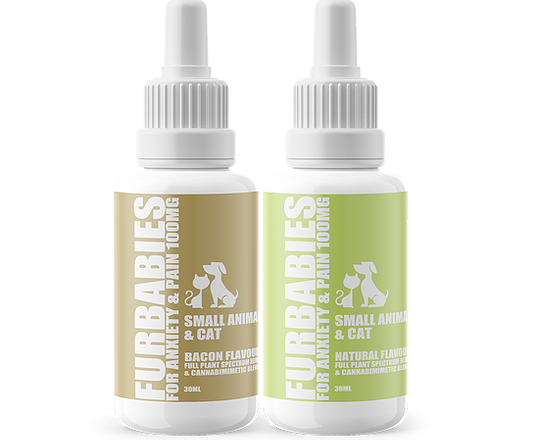 Welcome to our first review to get published! We figured we will start with the best as that is the whole purpose of this blog. The title of the best cannabimimetic oil easily goes to this wonderful product. On our journey to relieve the seizures that our puppy was encountering we were lucky enough to be introduced to this fantastic product. It is one of those things, that when you get the thing you need you just know. Within 2 hours of trying out the oil we saw relief as far as the physical ticks that sometimes happen before a seizure. At the end of the first week we saw a major decrease in seizures, by about 80% in frequency and 90% in duration. So not only was she experiencing less seizures, but she was also not having as bad of seizures, which is what we want to see.

What are FurBabies oils?

FurBabies and Co have several different types of oils and different levels of medication. This is measured in the mg/ml which basically breaks down how much of the active ingredient is in a milliliter of oil. The oil that they use is coconut oil, which is awesome for several reason. The first reason is that it is a very mild oil with no harsh smells or tastes. This helps even the pickiest of eaters jump at the chance to get some of the oil on the treats.

Now that we know how it gets into our dogs bodies, we will look at what is included in the beneficial additives to the coconut oil. FurBabies and Co use their own blend of natural cannabimimetic and hemp terpenes , which is what everyone says. However, we have found that their specific blend had the best results on our dogs epilepsy.

This is another win for this amazing oil, as we tried out many different oils. The price of the small breed oil is unmatched by anyone. A 30 ml bottle with 100 mg in it is only $20 Canadian! Although you might be saying that the milligrams are a bit lower, we will go over that shortly. Simply put, you cannot beat the price of these oils for their effectiveness.

The bottles that you receive are really nice, and having to look at lots of different bottles it’s the small things that stick out. The bottle is a beautiful white matte color, which not only looks nice but prevents any UV degradation of the oil. Each bottle comes in its own box which is great for storing. Everything looks clean and professional, which is something you look for when giving anything to our dogs. You will also see the care that they put into the packing of boxes that come in the mail.

This is the second part of the pricing, but a different aspect. Although some bottles might claim higher mg’s per ml, the reality is that unless you are using all of those milligrams you can’t compare the two. In our testing we tried bottles that were stating 650mgs per ml, but they had 0 impact on the seizures that our puppy was having. This made us really wonder what the issue was, and after reading about the different formulas and everything else that goes into these pet ( and human ) oils we quickly realized that it isn’t about the number of milligrams on the label but how much the body can use. If your dog cannot absorb the oils medical ingredients there could be 1 million mg, and it won’t do anything positive to their bodies.

This is yet another example of how the company just blew away competitors. As I was very new to the whole medicated oil experience I had a lot of questions. Thankfully , the customer support team at FurBabies and Co were head and shoulders above anyone else I have spoken to. They were more than happy to not only suggest what I try from products that they make, but also other options as well. I can say without a doubt, that there has not been any other person that has equaled the amount of effort they put into trying to fix my puppies issues, even before I bought anything from them. For a company to suggest a potential customer tries other things, and not only suggesting things that make them money shows their true colors.

Another great thing about the value, is that not only are the bottles cheaper due to their pricing and effectiveness , but you can also get free shipping on orders of $75 or more. While you might be thinking that lots of places do free shipping, most offer it only on orders of $150 or $200. When you need this oil for your dog to live a nice life everything adds up. So when using their products you will find that your dollar not only goes further but the outcome is better.

At the end of the day it isn’t the money or the packaging or anything else really that matters more than the relief of the issues you are getting the oil for. If we take out the pricing, customer support, and everything else and compare one bottle to another FurBabies and Co simply beat everyone else. We tried over 15 different brands and this was the only one that we could find that lessened the issues we were encountering. We chalk this up to the care that goes into the product, their proprietary blend, and the care they put into the products, pet owners, and pets. If McDonalds has Big Mac sauce to keep customers coming back , we think that this combo of caring, compassion, and knowledge are what put this product in a league of their own.

We honestly can’t suggest any other product that is currently on the market as we have tried so many, only to be let down and end up with a bottle of useless oil. I can understand that every dog is different and will react a different way. However, I have suggested this brand to over 10 people and have had nothing but great things when I follow up. If you are looking for a great brand, great product, and great people there is really no reason to look anywhere else other than FurBabies and co.