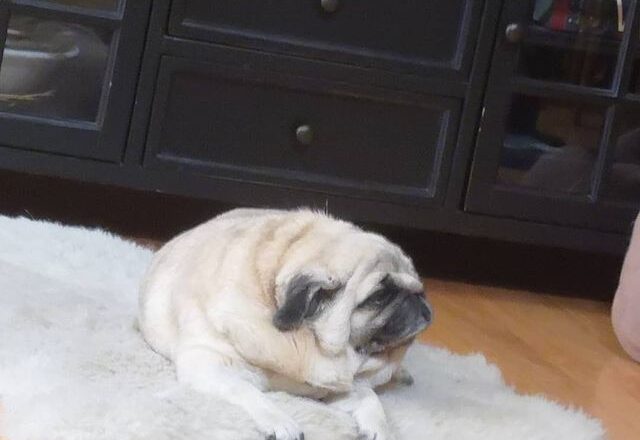 The very first, and one of the main reasons for this blog is because I have had the chance to see firsthand the value and benefits that using the right products can do for people. I spent hours and days looking for something that could help me and luckily I did, so without further delay I will fill you in on my ( our ) story 🙂

My little pug was given the short stick when it came to genetics. As much as I adore the Pug breed, there is no one that can argue that they were given top choice of the genetic breakdowns. If you aren’t familiar with Pugs, then you you are missing out as they are just a bundle of love and sloppiness. However, their breed has the potential for different issues related to their lack of snout , stubby nature ( and ability to get chunky pretty fast) as well as their own neurological issue known as Pug Dog encephalitis. At about age 5 she started to thump her leg, and I had assumed she was just itching or something like that but after baths she started to have small convulsions for a second or two.

As time went on it became apparent that this was not normal and we went to the vet who did a bunch of tests which came back negative. So, because there was no clear cut answer as to why the seizures were happening she got diagnosed with epilepsy; which is pretty much something is causing a seizure and we can’t figure it out. I did know someone who had a pug as well, and was diagnosed with the same issue, and he had stated that they were on prescription pills but they really took a lot out of their little boy. So I looked for a natural option.

This led me down the path of pills vs natural, and based on the feedback from my friend I wanted to give it a try to see if we could reduce the issue in a way that didn’t impact her quality of life. So I went down the familiar rabbit hole of looking in forums, reading on Reddit, really just anything I could find and I came upon a great post about CBD oils and dogs. Great, I had an idea where to start. However, I had no idea where to get it from and being in Canada I realized that a lot of the pages I was finding weren’t in my country so I didn’t know what I could or couldn’t get. So I did the next logical thing and went to the pet store. Once I got there I quickly realized that there were so many options from isolates, to treats, to oils, to other products. I bought a couple different bottles ( which I will review later) and found that the best one that helped was Fur Babies and Cos oil. This realization came after painful days of trying out an oil only to encounter the same seizures that she was having before and sadly this is the trial and error aspect of finding the ones that work for you. So once I narrowed it down to a specific product I tried to find out why it worked so well.

Little did I know, this was an even deeper rabbit hole as the reading and information online about how and why CBD works is truly endless. This is why I have put together this blog, as I have done a lot of work to find the best CBD treats and CBD oil in Canada, so I am hoping I can share my knowledge and findings with people. As I know, that when looking for to help our smaller family members that no stone should be left unturned. However, I also know the feeling of finally finding the right product for the issue and the value of not having to wait for days to try out another possible treatment. So we will get to the whole Fur Babies lineup here in the review sections, as well as other products! But for right now it is just more of an introduction to the world as we just put our website up!