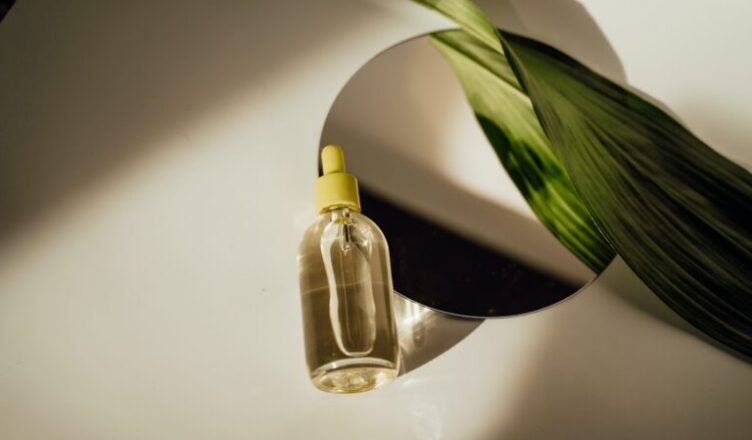 Reading Time: 8 minutes
Find out all about CBD – 10 minute read

Introduction to the history of CBD

We could argue that today is in fact the most popular time for CBD. Everybody races to get their own products based on CBD. Whether it’s for themselves or for their pets, more and more people try to get into the CBD bandwagon everyday.

But it’s not always been like this. While most of us are so used to the existence of CBD in any shape or form, there are times when such a thing is simply not true. CBD has a long and complicated history that is closely intertwined with our development as a society.

And knowing that history will not only give you the knowledge behind the compound that you’ve always used, but also an appreciation to the people who have contributed to the development of CBD along the way. This brief article will give you a glimpse into the history of CBD and how we use it today. If you are here just for pet related cbd stuff, after this article we suggest reading the easiest way to get your dog to take cbd oil, as it was a life changer when we figured out the best way for us to get the medicated oil into our little one.

Where does CBD come from?

CBD (Cannabidiol) is one of the active compounds found within cannabis and its subclass plants, particularly hemp. Other than CBD, there’s also a psychoactive compound inside the cannabis called THC (Tetrahydrocannabinol). In cannabis, there are other cannabinoids beside these two compounds, but CBD and THC are the one that is mainly responsible for the effect of cannabis on your brain.

Cannabis itself has been around for a very long time. Recent evidence even suggests that it has been around since the time of a Chinese emperor named Shen-Nung in 2700 BCE. During that time, and all the way to the turn of the 18th century, the use of cannabis can be divided into three main categories.

Cannabis was used for treating various kinds of ailments, it was used as a part of religious activities, and it was also used recreationally. The use of cannabis was mainly spread across the world by traders. From China to the middle east, and then to Europe and Africa, until it finally reaches all the way to the American continent.

Who are the people responsible to the development of CBD?

There are various ancient records that talk about the benefits and even how to use cannabis as a medicine, such as the Atharva Veda and the writings of Ibn al-Badr. It wasn’t until the early 18th century that a major breakthrough was published by Jacques-Joseph Moreau, a French psychiatrist, and William B. O’Shaughnessy, a physician from Ireland.

Jacques-Joseph Moreu found the benefits of cannabis for the treatment of mental illness, while William B. O’Shaughnessy found the possible treatment for various physical ailments. But at the time, none of them knew about the existence of CBD yet.

It takes nearly a hundred years for the discovery of the cannabinoid compounds within the cannabis to happen. Robert S. Cahn, a British chemist, identified the fully formed Cannabinol (CBN) in 1940. And just a mere two years later, an American chemist by the name of Roger Adams created a major breakthrough.

He managed to not only identify the two compounds of CBD and THC, but he is also the very first man that could successfully isolate and extract Cannabidiol (CBD). And that is the point when people are finally able to start harnessing the benefits of CBD.

What are the benefits of CBD?

CBD can help with numerous kinds of ailments, but these five are the main benefits that have been properly researched and observed.

● As an Anti-anxiety medicine. The main part of your body that would be affected by CBD is the nervous system. One of the unique effects that it will produce is the rapid sense of calmness and relaxation. And that is why CBD is perfect as an anti-anxiety medicine.

● Help treating epilepsy. One of the medicines that is based on CBD that has been fully approved by the FDA is called Epidiolex. It is a medicine that was made specifically to help in the treatment of epilepsy. But the CBD in general may be used to treat other kinds of seizures as well.

● Pain regulation. When CBD influences your nervous system, other than the aforementioned calmness, it could also affect the pain management part of your brain. This makes CBD highly effective as a painkiller. Of course, the amount of CBD needed to alleviate the pain is different from one disease to the next.

● Help treat arthritis. Other than the ability to affect your brain, CBD also has anti-inflammatory properties. This means CBD is a great solution to treat something like arthritis, pulled muscle, rashes, and other kinds of muscle, joints, and skin problems as well.

Different products based on CBD

● CBD oil. CBD oil is the natural form of CBD that you would get through the extraction process. And this is also by far the most popular CBD product that you can find in the market right now. It usually comes in a small battle with its dropper. To use it, simply drop the CBD underneath your tongues using the dropper.

● CBD vapor. Different kinds of CBD products have a different time needed for it to take effect. And out of every other kind of CBD in this list, the CBD vapor delivers the fastest reaction time, by far. It is possible because to use it, you only need to inhale it. Once in your lung, it would simply spread throughout your body.

● CBD edibles. But if you prefer a much slower and gradual release time, then CBD edibles are your best option. CBD edibles are every type of food that contains CBD inside it, such as gummies, cakes, etc. Since it has to go through your digestive system first, it would take a while before the CBD kicks in.

● CBD cream. This type of CBD looks and feels just like any other cream. As such, CBD cream can only be used externally on your skin. This is the one that you should use if you want to treat sprained ankle or other types of joint, muscle, and skin problems.

Conclusion to the history of CBD

Despite its recent boom in popularity, CBD is not something new. On the contrary, it has been used in its original cannabis forms for thousands of years. That being said, we only managed to separate between the beneficial CBD and the psychoactive THC and extract them in the 1940s.

Since numerous research has found that CBD could help with various ailments, such as epilepsy, anxiety, etc., what follows is the sudden great interest in the application of CBD for various medical purposes. After that, manufacturers also began to produce CBD in different forms for the consumption of the general public.

When we started our journey to trying to resolve the issues our little pug was having we looked everywhere for different products that would help. We thankfully found our favorite oil for reducing dog seizures with Furbabies! They were really a life changer for us, and we wouldn’t have been able to have our little one with us today without them. They are easily the best product we have ever used.